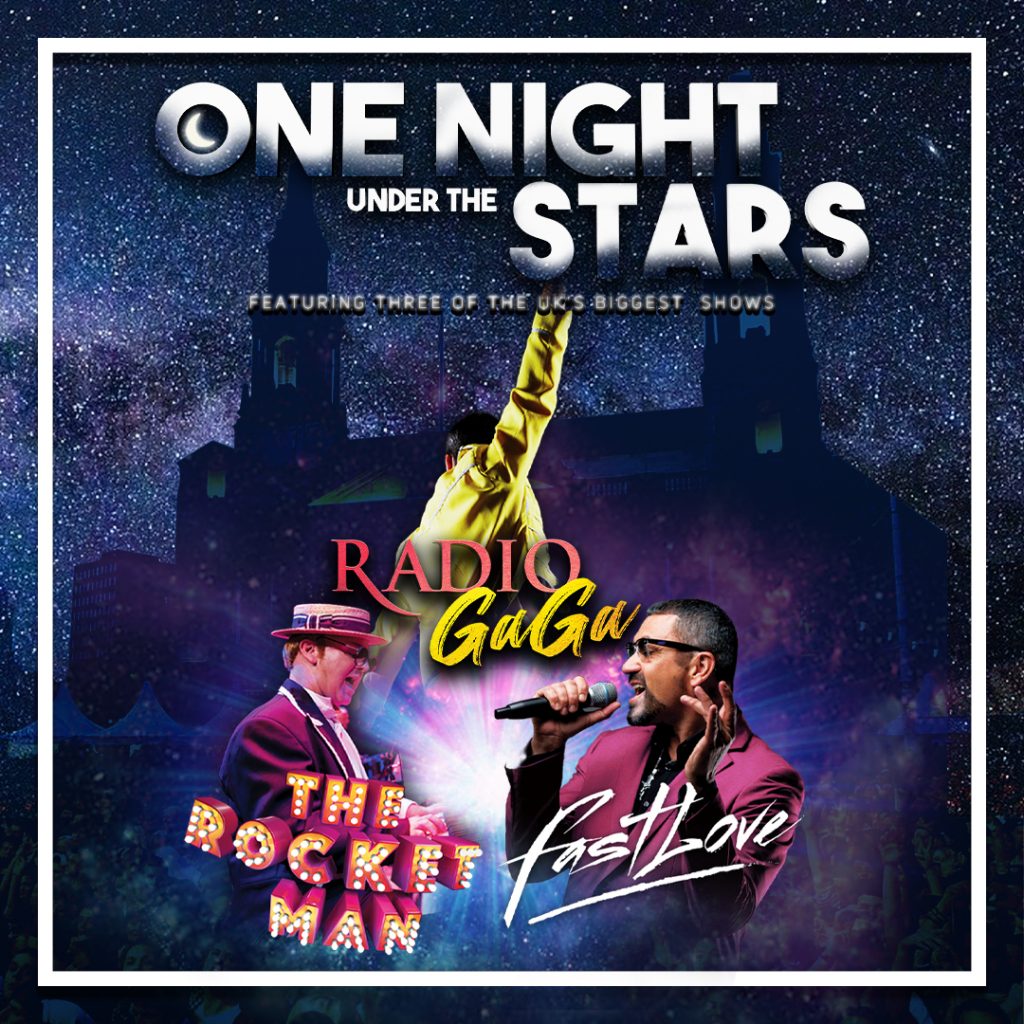 One Night Under The Stars

Join us for One Night Under the Stars,

Three of the UK’s biggest touring shows, together on one stage, for one night only.

Join us on this magical summer’s night at the beautiful Leeds Millennium Square, as we pay tribute to music royalty, celebrating three of the all-time musical legends. Queen, George Michael and Sir Elton John.

Headlining the show; the phenomenal – Radio Gaga – performing the mega hits of one of the greatest rock bands of all time. There is nothing else like it, we will rock you as we take you back in time to Wembley 1986 with our incredible cast and of course playing all the hits including, Bohemian Rhapsody, Somebody to Love, I want to Break free and We are the Champions.

Fastlove – The world’s favourite George Michael celebration, now touring in 18 countries worldwide, direct from London’s West End, returning to Leeds for this one special evening celebrating all the hits, from Wham and George Michael including, I’m your man, Careless Whisper and Freedom 90.

It will be a night to remember. So, join us for one night under the stars!